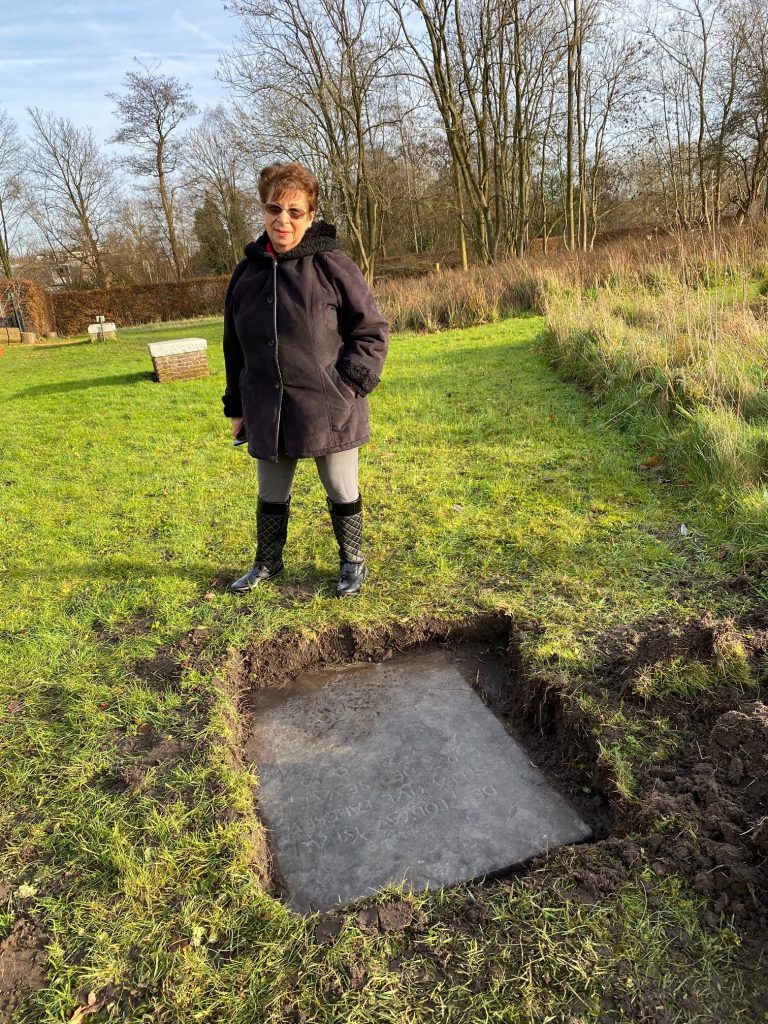 The Dutch held Nieuw Amsterdam for just about 40 years, relinquishing it to the British in 1664.Yet, with all that is English about New York,including  our” American “language, the Dutch have remained so much a part of the fabric of the city and the state.

I was born and raised in Brooklyn (Breuckelen) with  its neighborhoods of Midwood (midwout) and Flatbush, (Vlacke bos) schools named Erasmus and New Utrecht,  and houses adorned with stoops. My immediate household was filled with the living Dutch language, customs and food, since my grandparents, who had always lived with us, emigrated from Holland in May of 1900.

Grandpa ,Nathan Zwart, had been born in London at a time when Amsterdam was facing an economic downturn and many families went to London to better their financial circumstances. Grandma, Sara Barnstein, was born in Hoorn. They were married in Amsterdam in 1890 where I imagine my grandfather had returned to work as a diamond polisher. My father,a son of Russian and Polish jews spoke no Dutch but my mother and her parents conversed always in that language.

In all the years of my schooling and beyond,I never knew a Dutch family, let alone a Jewish Dutch family, except my own. My father’s people  provided the historic New York Jewish food  heritage celebrated in movies and literature, while at home we ate simmering bowls of split pea soup with frankfurters, red cabbage, and cakes made with enough butter to have caused diabetes from birth. There was to be no cocoa ever used in baking or for hot chocolate except Drostes ,or the witches of Hoorn would descend.It is always in my kitchen and that of my daughter.

We were Jewish, yet my mother and her parents celebrated Christmas. We did not attend synagogue  and I had no Jewish theological training. Oddly, as opposed to my father’s family, we named our children for living persons. Grandpa Zwart was an atheist and I can recall always, his lecturing  me from a very young age, that religion was the cause of all evil in the world. His beliefs were compounded with WWII.  At the end of the war, I was a child of  seven. By the time the complete story  had reached my mother and grandparents of the enormous loss of their family, I might have been 8. I sensed  that something tragic and frightening  had happened. It was never discussed in English. There was one visitation I remember from an affected family member, and tears.

Life went on, my grandparents died, I married and had children. Through the years my mother discussed the Holocaust but not often and not at great length. She had a list  of family members and the concentration camps in which they died. My mother died in 1995.(She, my grandparents and father are buried in Amstel  Association plots in New York, my grandparents’ tombstones inscribed in Dutch). Within  one  year I had purchased my first computer and so it began. All the questions I did not have the time, nor perhaps inclination, to ask my mother, I was now asking of genealogical websites which became  available  in the 21st century.

Over a period of time  I determined what no one had ever mentioned .We were, of course, Sephardim, but only through my grandfather Zwart’s line. And our family went back hundreds of years to Braganca, Portugal, where my 12th ggrandmother, Leonor Alvares de Castro was born in 1513. Her crest bore a cross. Noting how many of these Portugese relatives were buried at Beth Haim in Ouderkerk, I purchased Vega’s book on the cemetery, a vague idea developing, that perhaps one day I might visit. The book sat in my library for over 15 years.

One of my favorite American writers, Thomas Wolfe, spoke of a “dark miracle of chance.” That miracle started not with Holland, nor Portugal, but Poland. My younger daughter is a Deputy Inspector with the New York City Police Department. She advised in the spring of 2019 that the Polaski Society of the NYPD  was planning a trip which would include a visit to Auschwitz. Would I want to go?

I went, biographies and images of just a few of my murdered Dutch relatives in hand. My daughter and I stepped away from the guided tour at the sight of a building dedicated to the Jews of the Netherlands. Inside, on many walls, in the tiniest script, were the names of the murder victims. We immediately looked for the Barnsteins, the Zwarts, and the  names of those our family had married. And then, the names of my research began appearing to me—de Castro, Henriques, Silva. At that moment in time the entire history of my family and the Jews flamed before me. From being burned at the stake to be burned in Nazi ovens. This was my very own story and it was unbearable.

Thomas Wolfe’s dark miracle of chance took form again when my son-in-law mentioned that he was lecturing to the Dutch police just outside of Amsterdam in about  two weeks.(He is a helicopter pilot and a retired NYPD lieutenant).” How far would you be from Ouderkerk?” I asked. Within minutes I got the greatest Christmas present of my life as plane and hotel were booked in response to  the answer to my question..

Jan Straver and Géke Beek have my undying thanks for the welcome I received and the wonderful tour I was given. Jan actually dug out the earth above my 10th ggrandfather ‘s tombstone so that I might see it. He pointed out trees under which my relatives lie, described the history of the graven images on some of the stones and described so many facets of the Jewish burial rites to me. I am still in awe of watching him turn a 400 year old key into the door of the cleansing house. And that he is a volunteer who does this for love of his town, is wondrous.

I have relatives all over the world—Europe, the Americas, Africa and Asia. And of course, Israel. Many are the descendants of those resting in Ouderkerk.  Some are related to those who made it through WWll. I embrace all of them and my Dutch heritage which is so dear to me.